|
Get Support
1. The Firefox logo isn't a fox
It's actually a red panda.

It’s a common misbelief that the Firefox logo is a fox (I mean… it is in the name), but it is actually a red panda!

2. Nintendo made playing cards
long before they made video games.

Nintendo was founded in 1889 as a playing card company. They didn’t make their first video game until 1978. 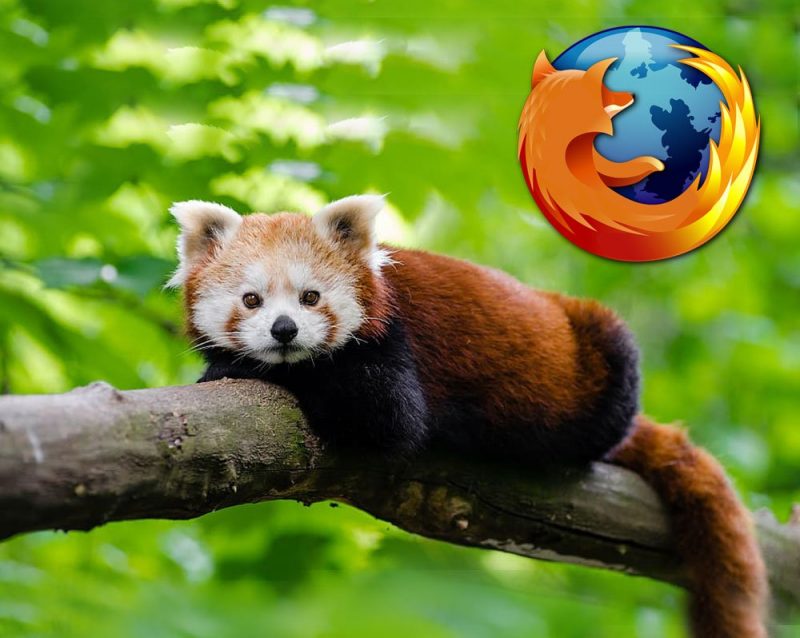 A study done in 2017 found that 2.1 million people still use a dial up service. These customers are situated mainly in rural America where internet is unreliable and expensive.

4. There are approx. 3.5 billion Google Searches per day.

7.2 percent of this traffic comes from people searching the term ‘Google’.

You can view daily Google Search trends at https://trends.google.com/trends/.

Google’s first tweet was in 2009, and it was gibberish to most. Translated from binary to English, it reads, “I’m feeling lucky”.

6. Motorola produced the first handheld mobile phone
and their first phone call was to their rival.

On April 3, 1973, Martin Cooper, a Motorola researcher and executive, made the first mobile telephone call from handheld subscriber equipment, placing a call to Dr. Joel S. Engel of Bell Labs (AT&T), his rival.

7. Apple were originally designing an apple shaped flip phone
before the first iPhone.

Before the original design for an iPhone, Apple patented a phone design in the shape of an actual apple. It was a flip phone that, when closed, would look like the Apple logo. 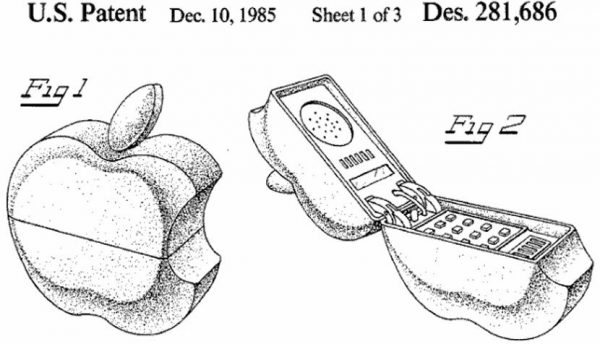 Before Nokia sold mobile phones, they manufactured a range of other items, such as; toilet paper, tires, computers, and other electronics.

In 2019, The Android smartphone operating system accounts for 87% of the global market share, compared to Apple iOS which holds 13%.

Between credit cards, debit cards, online purchases, and cryptocurrency, only 8% of global currency is physical money.

Every advertisement for an Apple iPhone, the time will be set as 9:41. This is the time that Steve Jobs announced the very first iPhone in 2007.

“Despacito” by Luis Fonsi featuring Daddy Yankee is the most-viewed video on YouTube, with over 6.9 billion views as of September 2020. 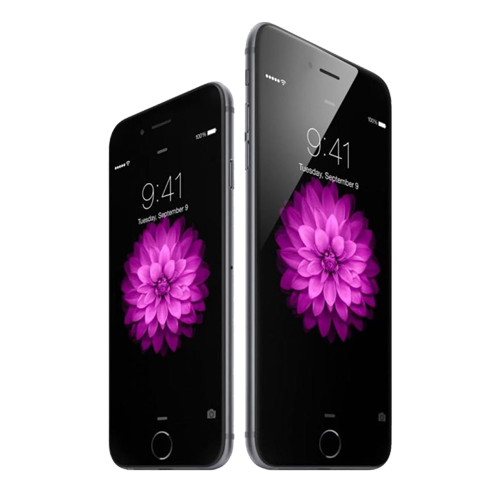 14. The QWERTY keyboard was designed to slow you down.

When typewriters were introduced, typing too quickly would jam the keys. To prevent this from happening, QWERTY was introduced which placed common alphabets at a distance from each other and slowed typists down.

‘Typewriter’ is the longest word you can type on a QWERTY keyboard, using only one of the rows on your keyboard.

It is said we blink seven times per minute instead of the usual 20 when using a computer. Which is why your eyes dry out more while working in front of a monitor.

The first television broadcast was done in 1925 with a greyscale image in a 30-line vertically scanned format, at five pictures per second.

As of 2020, over 455 million websites use WordPress as their CMS. Meaning that the WordPress market share is 35% of all websites in the world! 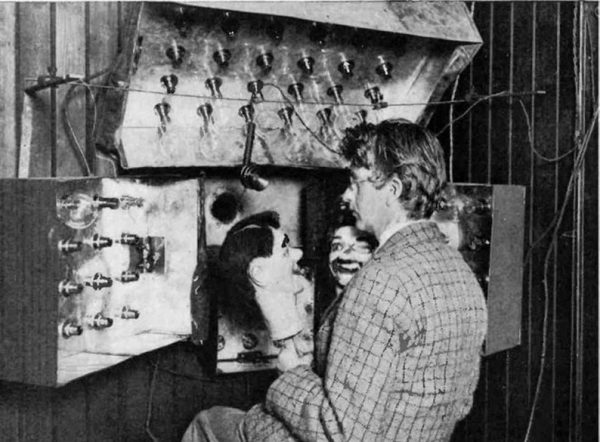 19. The name Google was created accidentally.

The name Google was created accidentally, it was originally supposed to be named ‘Googol’. (Googol is the digit 1 followed by 100 zeroes).

The founders checked to see if that domain name was taken, but accidentally searched for ‘google.com’ instead of ‘googol.com’. They liked that name even better and registered the domain name on September 15, 1997.

As of May 2019, more than 500 hours of video were uploaded to YouTube every minute. This equates to approximately 30,000 hours of newly uploaded content per hour.

Every so often, Google will rent about 200 goats and let them roam around their campus for a week to eat the grass. Google claims the goats will cost about the same as lawn mowers would.

The photo, simply titled, “View from the Window at Le Gras,” is said to be the world’s earliest surviving photograph, taken between 1826 and 1827 by Nicéphore Niépce. Due to technical limitations, it took 8 hours to expose.

Because of these lengthy times it took to produce a photo, most people chose not to smile in older photographs – because they would need to stay still for so long. 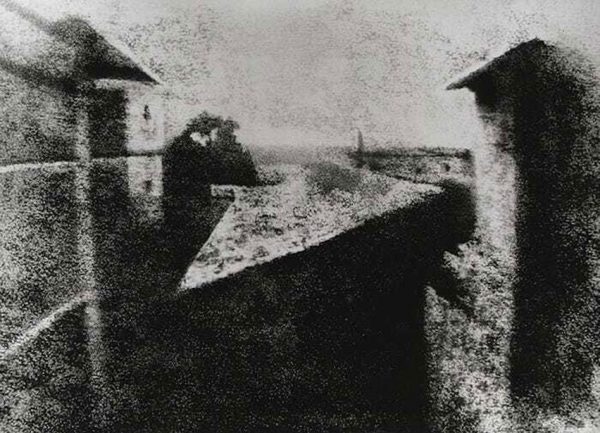 It is estimated that for every 12.5 million spam emails sent out, only one person responds. That might not sound like much – until you consider that over 14 billion spam messages are sent on a daily basis.

24. A woman once accidentally cut off two countries from the internet.

In 2011, a 75-year old woman in Georgia was scavenging for copper when she accidentally sliced a cable running to Armenia. Georgia and Armenia saw large portions of outages.

25. You are always living in the past.

A study conducted by Dr. David Eagleman at the Baylor College of Medicine found that our consciousness lags 80 milliseconds behind actual events.

Mark Zuckerberg is red-green colourblind, which means the colour he can see best is blue. This is why the colour blue dominates the Facebook website and mobile app.

27. Facebook will pay $500 if you find a bug in their code
as part of their Bug Bounty programme.

If you find a security bug in Facebook’s code, they are willing to pay from $500 for you to tell them about it! The largest bounty ever reported to Facebook received $50,000.

28. Twitter, Wikipedia, and AOL IM all crashed at 3:15pm when Michael Jackson died.

Google initially believed that the millions of search requests meant their search engine was under DDoS attack, and blocked searches related to Michael Jackson for 30 minutes. Twitter reported a crash, as did Wikipedia at 3:15pm. AOL Instant Messenger collapsed for 40 minutes.

29. Samsung started off as a grocery store.

The popular smartphone and electronics giant started as a grocery store in March 1938. In the 1960s, Samsung entered the electronics industry.

30. Spam Mail was named after the canned meat, SPAM meat.

In an episode of Monty Python’s Flying Circus that aired in the 1970’s, patrons are seated in a restaurant enquiring about the day’s menu items. However, it appears that every dish includes at least a little Spam (i.e. ‘spiced ham’ from a tin). The more they enquire, the more spam appears in each dish. By the end of the sketch, a dish that previously featured ‘egg, bacon, sausage and Spam’ now only consists of ‘Spam, Spam, Spam and Spam’.

In other words, Spam was taking over the menu, much the same as spam email messages can take over an inbox today.

YouTube.com was registered on February 14th, 2005 (Valentine’s day) with the purpose of being a video-dating site. It was designed as a way for people to upload videos of themselves talking about the partner of their dreams.

But after some time when no one was uploading their videos, YouTube changed to allow uploading of any kind of video.

All information within this article was gathered in September 2020, statistics mentioned above may have altered slightly at time of reading.