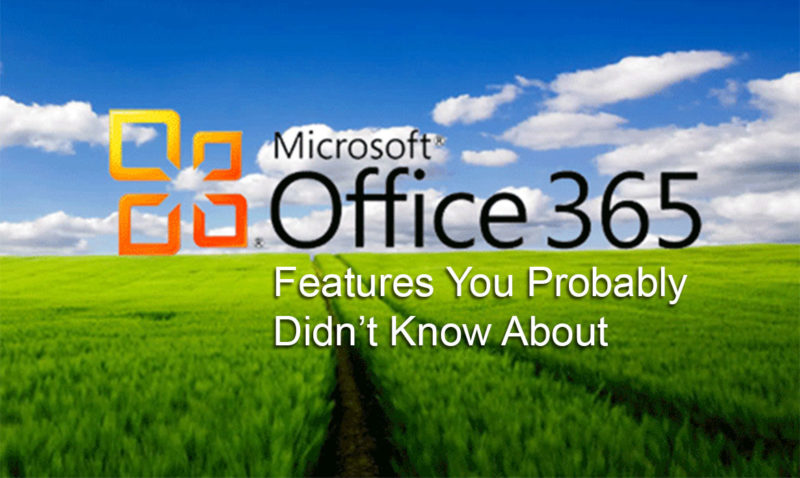 While there are many fantastic features that Microsoft Office 365 has to offer, we have compiled a list of certain features that you may have overlooked.

Edit Documents with Colleagues in Real-Time

There is no longer a need to email attached documents back and forth with edits. With Office 365, you can collaborate with colleagues on a document at the same time. Once your document is saved to either OneDrive of SharePoint, you can begin editing a document with multiple users. Select the ‘Share’ button in the top right-hand corner of your document’s window to invite a user to collaborate. 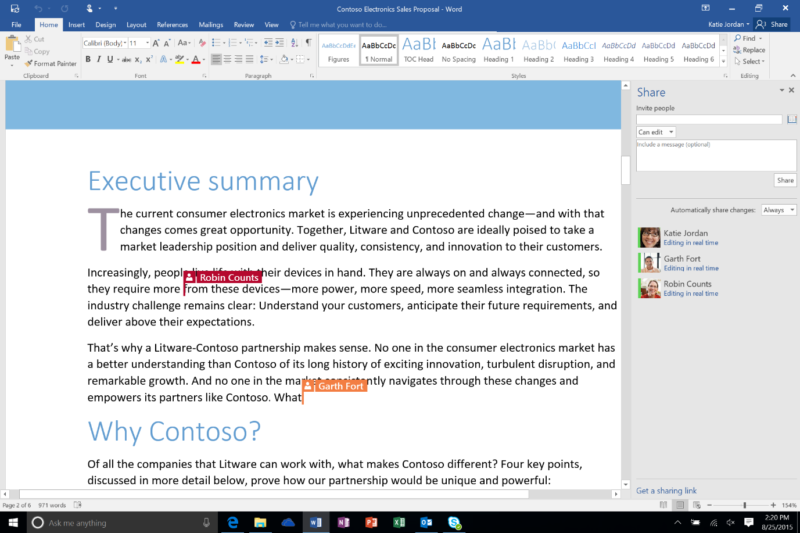 Set Up Rules to Declutter Your Inbox

Although Outlook includes a ‘Clutter’ feature which learns from your actions to determine the messages you are likely to ignore, and proceeds to move these frequently unread messages into your Clutter folder, you can also set up rules to move specific emails to various folders, flag certain emails, and much more by using Outlook rules.

To set up a new rule within your Outlook App, navigate to your top menu bar and select ‘Rules’.

Each rule can be as detailed as you like and can be edited once set. 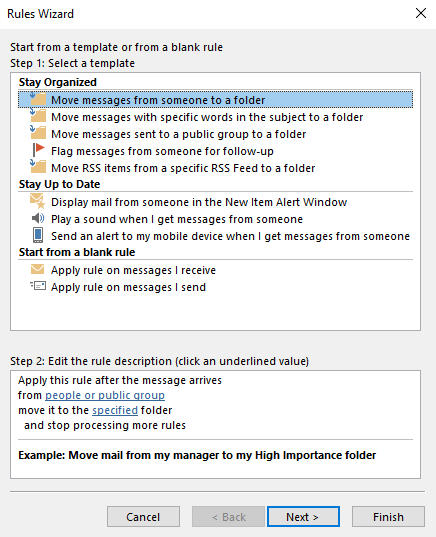 Edit a PDF in Word

Have you ever needed to edit a document but all you can find is the finalised PDF? In which you then go on to research the ‘best PDF to Word converters’ online.

This easy-to-use feature by Microsoft Office can help you eliminate those unnecessary steps of converting a PDF to Word. Simply open a new Word document, navigate to File > Open > Select your chosen PDF from your computer and Click OK. It couldn’t be easier!

Your organisation may be required to preserve or archive content including email messages, attachments and documents for a specified period to meet business, legal or regulatory requirements. Microsoft Office 365’s ‘holding’ feature proves to be very helpful.

In-Place Hold, available to Business Premium and E3/E5 license holders, allows you to search and preserve messages matching query parameters. Litigation Hold preserves all mailbox content. Both protect messages from deletion, modification, and tampering. You can preserve messages indefinitely or for a specified period.

Legal hold is a great feature for departing staff, for instance; if a member of staff resigns, you can place their email into legal hold so that you can save it in perpetuity.

A recently added feature by Microsoft Office 365 is ‘Mentions’ and will prove to be quite useful, especially to those whom send an email to multiple users at once including topics directed at multiple users. For example, after a weekly office meeting, have you sent a follow up email to all the attendees and the email looked something like this?

With tasks being delegated to multiple users within the same email, certain tasks may be overlooked. The mentions feature in Outlook makes dividing tasks a lot easier. Simply begin by typing the ‘@’ key and type the name of the person you’d like to mention.

A list of the users within your organisation will appear, allowing you to select the users you are directing the task to.

The new Mentions feature includes a new filter in your Outlook App which allows you to filter your inbox by looking at the mails you have been mentioned in, which avoids having to search through all those group emails that you were CC’d on.

Shared mailboxes are an easy way for a group of people, within your organisation, to monitor and send emails from a common email addresses, like info@yourcompany.com.

Do you find it difficult to search for a particular email in your inbox from time to time? Outlook offers advanced search techniques which you may find useful to narrow your search queries.

By inputting various syntaxes in your Outlook’s search field, you can narrow your search and find the information needed more quickly and efficiently. For a full list of Outlook’s search syntaxes, please visit Microsoft’s website here.

Tell Me What You Want to Do Feature

In Office 2016, you will notice a feature in the top ribbon that reads ‘Tell me what you want to do’ and it does exactly what you think. If you want to perform an action on an Office document but cannot find the correct button, such as ‘how to insert a picture’, type your query into the text box and Office will generate relevant results. 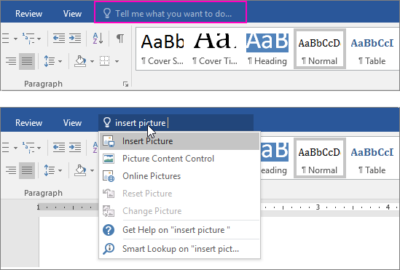 Thinking of making the switch to Office 365?

Learn more about what Microsoft Office can do for your business.

LEARN MORE
PrevNext
We are using cookies to give you the best experience. You can find out more about which cookies we are using or switch them off in privacy settings.
AcceptPrivacy Settings
Font Resize
Accessibility by WAH